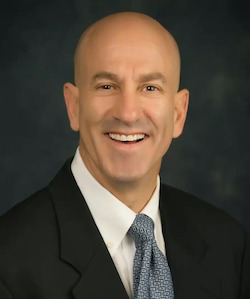 Howard S. Krooks, Esq., CELA, CAP is of counsel in the law firm of Stephen Bilkis & Associates. Mr. Krooks received his law degree from the University of Pennsylvania. He was admitted to the Florida bar in 2004 and the New York bar in 1990. He devotes all is professional time to elder law and trust and estate matters, including cases related to asset preservation planning, supplemental needs trusts, Medicare, Medicaid, disability planning, guardianships, wills, trusts, estate planning, and health care planning with advance directives.

Mr. Krooks has been consistently selected as a Florida Super Lawyer and a New York Super Lawyer, consistently named to Florida Trend’s Legal Elite, and named a Top 25 Westchester County Attorney. He also has a 10.0 (Excellent) rating from Avvo and is AV Preeminent®-rated by Martindale-Hubbell, a testament to the fact that Mr. Krooks’ peers rank him at the highest level of professional excellence.

Mr. Krooks has been recognized for his work related to elder law. In 2006 he received the Outstanding Achievement Award from the New York Chapter of NAELA for serving as Co-chair of a Special Committee on Medicaid Legislation formed by the NYSBA Elder Law Section to oppose New York Governor George Pataki’s budget bills containing numerous restrictive Medicaid eligibility provisions that, if enacted, would severely impact the frail, elderly, and disabled populations. In addition, he was recognized for serving as Co-chair of the NYSBA Elder Law Section Compact Working Group—a group that received national attention for developing alternative methods of financing long-term care. Mr. Krooks also served as Chair of a Special Committee created by the NYSBA Elder Law Section to address the Statewide Commission on Fiduciary Appointments formed by Chief Justice Judith Kaye.

Mr. Krooks is widely published on many elder law topics. He co-authored the chapter, “Creative Advocacy in Guardianship Settings: Medicaid and Estate Planning Including Transfer of Assets, Supplemental Needs Trusts and Protection of Disabled Family Members,” included in Guardianship Practice in New York State, and the chapter “Long-Term Care Insurance in New York,” included in Estate Planning and Will Drafting in New York, both published by the NYSBA.

Mr. Krooks has been quoted in a variety of media including The Wall Street Journal, The New York Times, Kiplinger’s, USA Today, The New York Post, Newsday, The Journal News, and the Boca Raton News. Furthermore, he has appeared on PBS, the CBS Early Morning Show and elder law-focused local cable television programs.

Free Consultation
Practice Areas
Client Reviews
★★★★★
Living in NYC with nobody to take care of my sick uncle 1,400 miles away, I found the expertise and compassion of Howard Krooks and his wonderful firm to be incredible. I would highly recommend them to anyone and already have. D.L., New York, NY
★★★★★
I needed knowledgeable, responsive lawyers and attentive staff to help my aging and overwhelmed aunt and uncle with their family planning and Medicaid problems. With them in Florida, and me living and working in the Mid-Atlantic, I knew it would be a challenge. Elder Law Associates PA met my needs, and the attorney's fees were worth every penny. K.R., Laurel, MD
★★★★★
Very well satisfied. The service was great in communicating all documents and proceedings with us to fully understand everything. The staff was AWESOME! In the future, (if) I know anyone, I will refer you. J.M., Boca Raton, FL
Submit a Law Firm Client Review

Some of our lawyers and / or cases and / or clients in whole or in part have been seen on these media outlets.